One of them is Alok, the Free Fire character who has this active skill is the prima donna and the main choice of the players. And since his presence in FF, Alok has become a favorite character that is almost used by some players thanks to his active skills.

Uniquely, Alok himself is a character from the Global Free Fire collaboration that took place some time ago with a well-known DJ, Alok. Alok's skill is very necessary because it can help you throughout the game and is often used in Clash Squad mode because it is considered very useful.

Then, what is the greatness of Alok so that this Free Fire character is in great demand by most players and is widely used in Clash Squad FF mode? To find out, please see our explanation below. 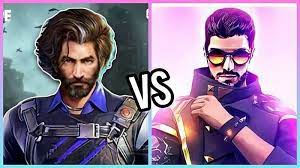 Walking Medkit is one of the abilities possessed by Alok's character, this character skill can provide a certain amount of HP for its users. That way, you don't have to stop using Medkit.

Besides being able to use a medkit while walking, Alok also has a faster movement speed than some other FF characters. That way, Alok will really help you, especially when running away or chasing a dying enemy.

For those of you who carry this Alok skill, you will have a greater chance of falling. You will also be helped if you activate the Alok skill when you are dealing with an opponent. In terms of attacks and ambushes, of course you will be superior thanks to the increase in movement speed it has.

As we know, FF characters who have active skills are more in demand by most gamers. The reason is, you can use the skills of your favorite character whenever you want. You only need to press the skill button if you want to use it.

With all the possibilities you can maximize the gameplay. You can also control the situation and can better master the game thanks to the active skills that have been selected to use beforehand.

So, those are some of the reasons why DJ Alok's character is in great demand and widely used in Clash Squad mode. Because these characters do have active skills that are useful for winning matches.