New characters are always the most awaited game updates. Especially for a competitive game because new heroes can sometimes change the meta or even change the whole game.

Mobile Legends: Bang Bang is certainly a competitive mobile game where every new hero comes with high expectations that make players curious. And while everyone is trying to figure out how to play Xavier optimally, we've rounded up everything you'd want to know about Xaiver, the Defier of Light. 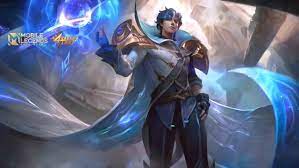 To bring out the full potential of Xavier, players must understand all the skills he has. It's important to understand when to use certain skills at the right time so you can take full advantage of their functions.

Transcendence is Xavier's most advantageous passive ability. Even though this skill is passive, its effect will only be active if you manage to attack your opponent with Xavier's active skill.

Every time you attack with an active spell, the next skill that hits the enemy will have higher damage along with other advantages.

One of the biggest advantages here is Xavier's ultimate, Dawning Light. Not only does the ultimate get a lot of additional damage, but the cooldown is also reduced by 4 seconds.

With a fairly short cooldown, 6.5 seconds, Infinite Extension can be used continuously to attack while on the lane or to farm creeps efficiently.

In addition, you can maximize the potential of Infinite Extension by attacking more targets because the flight distance of this skill increases when attacking an enemy target or Mystic Barrier––which is launched by Xavier's third skill.

Mystic Field is a skill that makes Xavier very strong during team fights. Casting a magic space, enemies inside this space move 50% slower while Xavier and his team move faster.

So, if we feel that a team fight will occur, make sure you use this skill as soon as possible. Also remember that Xavier 's other skills can also interact with this magic space, enlarging the Mystic Field, dealing damage and also controlling enemies.

Xavier's ultimate skill is a ray of light that deals considerable damage to all lined up enemies.

Although it is difficult to attack many enemies with Dawning Light due to its small area, we recommend using Mystic Field first to slow down the enemy's movement speed and make it difficult for them to dodge this skill.

Because Xavier is a hero who relies heavily on spells, it is important for us to buy items that strengthen his abilities as an attacker or damage dealer. Although many players want to play Xavier like a tank, this method is not recommended because you will not be able to rely on Xavier's abilities as a strong attacker.

Therefore, here are some mandatory items for Xavier:

Works well for Xavier because of the extra damage he takes from his total mana. Think of Lightning Truncheon as Xavier's total damage booster––a must for Xavier in the middle lane.

The Ice Queen Wand can serve as a companion to the Clock of Destiny which also provides the ability to survive with Magic Lifesteal. Slowing enemy movements and magic attacks are also useful for Xavier.

The Best Heroes To Pair With Xavier

Like most MOBAs, teamwork is the key to victory. By working alone, many heroes look flat or even weak, but when paired with the right heroes, they can help each other and work very well together.

Some heroes who can help Xavier are:

Due to Atlas's ice skill to control multiple enemies, Xavier can use all his spells such as Mystic Field and Dawning Light more easily.

Xavier can take advantage of Aldous' ultimate, Contract: Chase Fate because this ultimate skill helps you see where all the enemy heroes are in the map, using Xavier's spells becomes easier.

With Franco, Xavier can continuously stun one enemy. As long as Franco can use his hook accurately, Xavier can use Mystic Field and other spells to control the enemy.

Xavier's Progress Across the Games

Reliable Mobile Legends: Bang Bang players know when their hero is strong and when they have to avoid a fight. So, we'll walk you through Xavier's power levels during the various stages of the game.

For the early game, Xavier must maximize farming and not play aggressively because he has no escape ability. Use Infinite Extension to kill creep waves and get as much XP and Gold as possible.

Towards the mid-game, Xavier's strength began to show. This is when Xavier's damage starts to increase and you can play more aggressively. Try to think about your steps and move in places where you can hit other lanes because some heroes are still weak at this point and you can interfere with them.

During the late game, Xavier's total damage is still relevant but you must have high map awareness. Because during the late game there will be several heroes who can compete with Xaiver in terms of damage and also most heroes have full items, endangering Xavier's safety.

We hope our Xavier guide can help you in using this hero. It's true, MOBAs are centered on creativity and you're free to try different builds or playstyles that suit you. But if you are still confused about how to use Xavier the first time, read the guide above so you can play it quickly.

There's more, if you want to play MLBB with more fun, top up mobile legends, here!