What Made World of Dragon Nest So Bad in Its Early Release?

Since it was released on January 8, 2020. World of Dragon Nest is able to attract thousands of pairs of gamers in the world. The reason is, this game comes with a different concept from the PC version.

The developer made a WODN game with the Open-World genre, an action that was quite risky for Eyedentity. The reason is, in the past few days, the World of Dragon Nest game is experiencing a very serious problem, namely the rating has dropped drastically.

So, I wonder why this can happen in the game? After searching in several places, I finally found a concrete answer to this question. Then, what made the WODN rating drop drastically? 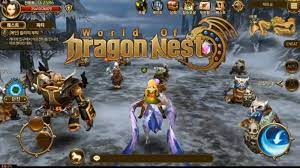 After reading the Thread from the Kaskus platform , the reason why the rating of WODN has dropped drastically is because Development is so chaotic. Just imagine, in the last few days thousands of Mass Banned happened to the players.

WODN argues that the banned players have committed fraudulent actions. They are using a bug that is currently available in the game.

In fact, the bugs in this game are actually provided by the developer. Like it or not, the players will take advantage of it.

2. New Bug Solved If Any Report

You need to know, since the "Dungeon Gold" Bug was used by players, the developer immediately made a solution to this. This seems to annoy the players.

This is because the developer only prioritizes bugs that have reports. That means, as long as there is no report, the Bug will still exist and be used by players.

Every game that is released, the players will do TopUp to be the best. Unfortunately, the TopUp system in this game is quite problematic.

As described by the Thread in Kaskus, there are many cases where items that have been obtained through Gacha will be lost. Even worse, the developer only returns the Gacha ticket that has been used by the player.

4. Game is not ready but still released

Finally, seeing the many bugs that exist makes me think why did the developer release the game? Is it because of the demands of the players who want to immediately play this game?

It seems, what the developer did by releasing this WODN game was a fatal mistake. They only think about the players regardless of whether this game is ready or not.

In fact, one of my colleagues who play this game said “This game is not ready to be released yet. In fact, I can't even enter the server just to login.”