The Best Kaja Hero and Counter Items, No Need to Worry Anymore

Kaja is one of the heroes who has a very annoying cc suppression. This CC is very useful for locking heroes that affect the opposing team, it will make the opposing team lose its power. So Kaja becomes a hero who will be watched by the opposing hero.

But so that your core is safe and you can use Kaja's hero and counter items. That way your war winning percentage is bigger. If you don't know Kaja's hero and Item counter, keep reading the following list: 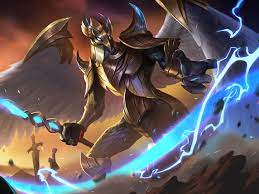 To prevent Kaja from using his skills, Franco can use his ultimate to lock Kaja. That way, the cores in the team will be safer without worrying about Kaja. In addition, you can also use Franco's Hook to prevent Kaja from approaching the core.

Usually Kaja will use flicker to approach the opponent suddenly. Well, to prevent that, skill 2 Valir is very useful especially during war. Skill 2 Valir will push the opponent affected by the skill and make using Kaja's flicker in vain. In addition, the damage from Valir is also quite large and the slow effect is also very annoying.

Akai is a tank who is very skilled at destroying the opposing team's formation with his ultimate. In addition, Akai's ultimate is also often used to save opponents, for example from Kaja. Akai will give a knockback effect as long as his ultimate is active and it's very annoying for the opponent.

It is proper for Natalia to be the enemy of various heroes who rely on skills like Kaja. Natalia's silent effect is very influential when defeating Kaja, especially Natalia can give 3 times the silent effect in a row. In addition, Natalia also has great damage, making it easier for her to execute Kaja.

In addition to heroes, you can also counter Kaja with items. The following items counter Kaja:

So that's the best Kaja ML  hero and counter item , is there any other suitable hero to counter Pharsa?