The 5 Best FF Characters You Can Own Without the Need for Top-ups!

Garena Free Fire has a variety of interesting characters for fans to play. All of them have unique abilities that provide various advantages in the game, starting from characters who rely on moving speed, to inflicting additional damage to ravage opponents depending on the playstyle used. However, not all characters can be used for free without being unlocked with Diamonds.

Even so, there are still some characters that can be unlocked using Gold or obtained through events or free tickets. Well, this time the Esports ID team will provide a recommendation for the best character that can be purchased with Gold. Let's see: 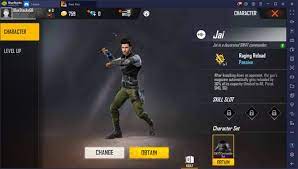 Maro is the right character to get for long-range shooter connoisseurs. His Falcon Fervor ability can deal additional damage of up to 25% if it is at the maximum level. The locked damage to the opponent will also increase by 3.5%, allowing Maro to quickly take down his opponent. Maro can be purchased for only 8000 Gold.

The next character is Xayne. By taking advantage of a rather long period of time to maximize his battle gear, Xayne can survive with his ability, Xtreme Encounter, gaining an additional 80 HP in a short time and a 130% increase in damage to Gloo Wall. This ability will last for 15 seconds and has a cooldown of 100 seconds. This character is only priced at 8000 Gold.

Of course, the character adapted from the character from Indonesia, Joe Taslim, has become the next recommendation that should be owned. The reason is, he has the Sustained Raids ability which allows players to recover HP from any damage received. If you kill your opponent, Jota will do a 20% lifesteal. In fact, this capability does not have a CD at all to work with.

Jota is perfect for friends who like to play aggressively and risky. With no CD limiting attacks, Jota can immediately kill enemies en masse without losing a lot of HP. Of course, Jota can be unlocked for only 8000 Gold.

Besides Jota, the other choice fell to Wolfrahh. Limelight's unique active ability has made this character even stronger. He can reduce the damage taken from Headshots and increase his damage to the opponent. If Wolfrahh manages to kill an opponent, the damage he takes from Headshot will be reduced by another 5% to a maximum of 30%. Meanwhile, the damage to the opponent's limbs can continue to increase from 5 to 20%. This character can still be purchased for only 8000 Gold.

The last character in the best category is A124. Thrill of Battle ability that can convert EP to HP can make this character have a longer life expectancy. More precisely, the A124 can convert 60 EP into HP in just 4 seconds. Even though you have a CD for 10 seconds, this ability will have maximum potential if you are in an area near Mushrooms and Bonfire. A124 can also be collaborated with K to optimize its regen ability during the fight. Different from before, this character only needs 6000 Gold to be used.

Well, that's the list of the best hero characters that you can have without having to top-up Diamond in Free Fire! Of course, each character has different abilities depending on the situation and the playstyle you are playing. What do you think? Which character is the best for push rank ?