Terms in the Mobile Legends Game that You Must Know!

by budi
Even though there are many gamesMOBAnewly emerged,Mobile Legendsis still a favorite game of gamers. GamemadeMoontonhas now reached 34 million active players every month. In fact, Mobile Legends is now one of the most successful MOBA game titles in the Southeast Asia region. This is evident where almost every individual, at least have heard or even played the game.
Although it has been released since 2016, Mobile Legends players continue to grow every day. For those of you who are new to playing this game, you may feel confused by the terms used.
Well, so you don't get confused, you can find out the terms that are often used by Mobile Legends players 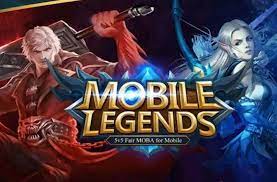 .
1.GG
First, there is the word GG which is often said by Mobile Legends players.
This term is usually spoken both during live mabar and in-game.
GG is an abbreviation of the phrase " Good Game " which is a word of praise or appreciation for players who play well.
Also Read:RRQ Alberttt's Painful Roger Mobile Legends Build. Auto Savage!
2. CD
The abbreviation CD you usually find in games which stands for Cool Down or Cooldown.
Well, Cooldown itself is a lag time that is usually found in skills and items in the game.
During Cooldown,  players have to wait a while until the skill can be used again.
3. AFK
As for this third term, it seems we have heard it very often in any game, including Mobile Legends.
Games that also use the term AFK are usually games that carry the MOBA, MMORPG, and other online games genres.
AFK stands for Away From Keyboard , where this term describes the condition of the player moving away from the keyboard.
Usually AFK is intended for players who leave the game, either because of a problematic internet network, or are forced to leave the game due to situations and conditions.
4. Mabar
Surely you already know this term?
Yep, Mabar stands for playing together.
Just like AFK, the term Mabar is not only used in Mobile Legends, but also in other online games.
Also Read:Tuturu admits he got an offer to play in MPL ID Season 9, from which team?
5. DPS
In Mobile Legends, we are also faced with the familiar term DPS.
DPS itself is an abbreviation of Damage Per Second or damage per second if interpreted into Indonesian.
If you find this term, then the player must pay attention to the amount of damage per second inflicted by the player on the enemy.
6. House
For those of you who like to play Mobile Legends, you must be familiar with the term Imba or Imbalance.
Usually the term is thrown at a really good player, because it means that the strength of one of the players is not balanced.
So, Imba players usually know the winner, guys.
Those are 6 terms that are often used when playing Mobile Legends. So, don't be confused again when you meet the terms above again, OK!