Pick Xavier's Enemy, You Must Pick This Strongest Mage Hero in Mobile Legends

If you are in a situation where the enemy picks Xavier, then don't be afraid, you must pick the strongest mage hero in Mobile Legends to fight him.

Xavier is one of the most terrible hero mages in the current meta. He has a long stun, big damage and a short cooldown for each skill.

Even because the op is often confused players should pick a mage or midlaner hero to fight this hero?

So regarding that, SPIN Esports has a suggestion for a Mobile Legends hero mage or midlaner to fight Xavier and effectively counter him, who is he? 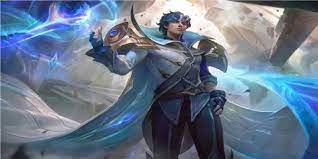 The hero mage that you highly recommend picking when the enemy uses Xavier is Harley. Keep in mind the Harley is a midlaner, not a jungler Harley.

Harley's effectiveness to counter Xavier is 90%, Harley has a blink skill that can directly approach Xavier and then attack and kill him right away.

Because this skill makes Xavier unable to even attack Harley back. Xavier has to use his 2 and 1 skill combo on the opponent and hitting that skill on Harley is quite difficult, because he is agile.

And Xavier when attacked by Harley will be difficult to avoid because of his poor mobility, only a spell can save him from Harley's target.

Anyway, to counter Xavier, Harley is the most effective hero compared to other midlaner mage heroes.

Because Xavier's nightmare is Mobile Legends heroes with agile or agile abilities that can kill him quickly and effectively.

That's the strongest mage hero in Mobile Legends that you can pick if you fight Xavier in the midlaner.