Must Know! 5 Tips and Tricks to Become the Best Support in the PUBG Mobile Game

Playing gamesbattle royaleasPUBG Mobile, we often find the division of tasks or so-calledrole.

However, the Support role is still the least desirable role because it is considered a less important role than other roles.

Even though all roles when playing battle royale games are definitely important, you know.

Well, in order to support his team well, a good supporter must have a myriad of skills.

One of them is mastering long-distance aim by using long-range weapons and their scopes.

For more details, you can find out 5 tips for mastering the Support role in PUBG Mobile on the next page, OK! 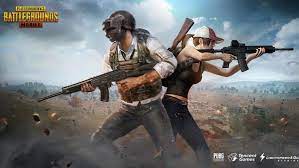 One of the main obligations of a Support in PUBG Mobile is to ensure that his team can fight efficiently, namely by providing utility items from weapons and their bullets and attachments, grenades, to healing items.

Of course, good support must always be quick to pass these items to teammates who are in need and give priority to giving the best for the team over themselves.

Another task that is no less important is to always help knockout teammates, where a Supporter cannot be the first knockout player in his team.

A Support is required to cooperate with Rusher in cracking or clearing areas.

Positioning is an important key because a Supporter should not be too attached to the Rusher because it risks endangering himself and the Rusher.

Although most decisions in the team are taken by the captain, aka the In-Game Leader (IGL), there are times when a support is also required to make a decision.

The key is to know which situation is more important to come first.

Finally, you can increase your knowledge by watching the gameplay of Support players who appear in professional tournaments.

Later, the knowledge that has been learned can be directly tried by yourself in the game.

Well, now you can apply 5 tips as a Support role when playing PUBG Mobile above.

However, you can adjust again to your playing style so that you still feel comfortable when carrying out their duties as Support, yes!