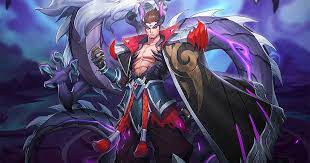 Julian has a total of 6 different skills thanks to his passive, each skill also has a different effect and damage. This skill also makes it easier for you to farm or poke enemies during the early game. In addition, Julian's skills are complete because they have dash, root, airborne, DPS and other skills.

Of course Julian is very feared thanks to his skills, but no matter how perfect the hero is, he must have a counter. Because this hero is new, maybe many players don't know the counter, here are Julian ML's heroes and counter items.

Saber is very effective in countering various dangerous heroes. If Julian is hit by a Saber combo then Julian will die easily considering Julian's defense is low. But to counter Julian, Saber relies heavily on his ultimate.

With a large burst of damage, Eudora can counter various heroes easily. In addition, Eudora's stun will prevent the opponent from escaping so that Eudora's combo is 100% successful. For a small defense hero like Julian, you only need one combo.

Julian needs a close enough range for his combo to do a lot of damage. But Valir could easily keep his distance from Julian. In addition, Valir's damage cannot be underestimated because it can kill the opponent's HP in an instant.

Helcurt has skill 2 with very large burst damage but must have a full stack. In addition, the silent effect of Helcurt will make Julian helpless and can only surrender. The dark vision also prevents the opponent from helping Julian.

No matter how great and great Julian's mechanics were, they were useless in front of Argus. Ultimate Argus will make him unable to die for a while, at that time Argus can kill Julian easily. Especially considering that Julian has to get closer to the opponent in order for the combo to be successful and that's profitable for Argus.

So that's the best Julian ML  hero and counter item , is there any other suitable hero to counter Lapu-Lapu? Write your opinion.