Yesterday, Travelers were able to enjoy the second phase of Genshin Impact v2.5. Furthermore, until now there is not much information about the content that will appear in Genshin Impact v2.6 other than the presence of The Chasm, the new Boss, and also Kamisato Ayato .

Of course, there are some things that Travelers expect from content released in future versions. What are they? Let's see the following review. 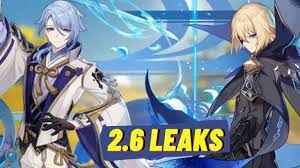 Given that HoYoverse has already shown a few small things from The Chasm, Travelers hope that they can enjoy this new area when Genshin Impact v2.6 releases at the end of March.

How to Get Xingqiu at the Irodori Festival

In addition, Travelers also want a new Quest that focuses on the Inazuma region. Previously, rumors about the presence of the Idori Festival in v2.6 made Travelers even more excited.

Not only that, HoYoverse has definitely brought some new events that you can enjoy. Interestingly, all of these events have never been released in the previous version and make the game even more interesting.

Until now, it is certain that Genshin Impact v2.6 will bring Kamisato Ayato as a new character. This allows the Traveler to get another male character after the last Arataki Itto.

In addition, there will most likely be re-run characters that appear in Genshin Impact v2.6. Because, until now there is no information that says that only Ayato is the only new character that will be released in the next version.