Recently, several Travelers have asked about what Guaranteed is at Genshin Impact. This question arose after they heard the term on the internet which is often present when a banner appears.

So, what does this term mean? Let's see the following article until it runs out, Traveler. 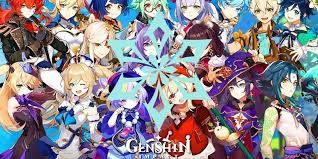 For those of you who don't know, Guaranteed itself means that you are guaranteed to get the 5-star character you want. This term itself is almost the same as Rate On which we discussed earlier.

Even so, the word Guaranteed has been used quite a lot by several Travelers. Broadly speaking, this word will appear when you are guaranteed to get the character you want, such as Raiden Shogun .

About Rate On and Rate Off

Broadly speaking,  Rate Off  is a condition where the player performs gacha in the midst of uncertainty whether he gets a character who is being Rate Up in the Genshin Impact banner. For example, the previous Traveler got Ayaka, that means in the next banner he won't necessarily get Raiden Shogun.

However, this will certainly be different if the Traveler on the Ayaka banner actually gets characters like Diluc, Qiqi, Mona, Jean, or Keqing. So, in the next banner he is guaranteed to get a Rate Up character like Raiden Shogun.

To make it easier for you, try to see if you previously got a character who was Rate Up. If so, then you are in the Rate Off position. This also applies to the opposite.