Resident Evil 2, 3 and 7 Will Release on Next-Gen Consoles

Capcom  and its success doesn't seem to stop until 2022. On this occasion, Capcom again comes with the latest news related to the Resident Evil franchise. As if not satisfied with the release in Current-Gen,  Resident Evil 2, 3 and 7 will also be released to Next-Gen consoles. So, when will it be released?

2021 is a big year for Capcom. The reason is, recently Monster Hunter Rise has been named the only game with the most downloads via Nintendo Switch Japan in 2021. Not only that, their game Resident Evil 2 Remake was also successful with sales of up to 9 million copies. However, this success did not stop them from bringing their flagship franchise to the Next-Gen console. 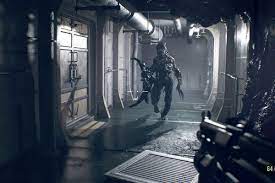 Through a report we got on its official Twitter account, Capcom as the game developer officially announced the release of Resident Evil 2, 3 (Remake) and 7 to the Next-Gen consoles, namely PS5 and Xbox Series. As seen, they also promise new changes in terms of Visual. The launch itself is targeted to be present in 2022.

At the same time, Capcom confirmed that there will be a digital Upgrade option available for free. This of course applies to those of you who own the base game on the Current-Gen PS4 and Xbox One consoles. What's more interesting, Capcom is also showing off 3 screenshots taken directly through the Next-Gen version of the console. From the image, we can see that all three got the Ray-Tracing feature.

Just a reminder, Capcom itself has confirmed the presence of the latest Resident Evil: Village DLC through the E3 2021 performance. Reportedly the DLC is already in the development stage of their team. However, until now there is still no further information about the launch date. They deliberately present this DLC because the fans themselves asked for it. Hopefully the content will live up to our expectations.

If you haven't tried the Resident Evil 2, 3 and 7 games, now is the time. These three games are available on PC, PS4, PS5, Xbox One, and Xbox Series platforms. As usual, PC users can directly buy this game via the Digital Steam Store platform. What do you think, are you ready to reminisce again ?