How Long is the Genshin Impact Banner? Here's the answer

Soon Travelers will see the Raiden Shogun and Sangonomiya Kokomi banners. Both are characters who play an important role in Inazuma. Speaking of banners, do you know the duration of the Genshin Impact banner in each version?

If not, wewill try to explain to you Travelers. So, make sure you listen carefully. Don't forget to share this information with your friends too. 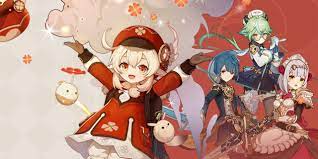 Referring to the available information , the duration of the banner on Genshin Impact is 20 days. This is the normal duration for any in-game banner. Because, in total there are 2 banners released in each version. However, recently miHoYo released at least 3 banners for each version.

Furthermore, you must know first that there is one version where the duration of the banner in that version is very short. This happened when Xiao, Keqing, and Hu Tao released in v1.3 ago. At that time, the duration for each banner was only about 13 days.

Of course, this is one of the most interesting things that ever happened in Genshin Impact . Because, some travelers did not expect that miHoYo will release 3 banners in 1 version only.

Currently, you will see that there will be many re-run characters appearing in Genshin Impact. This allows new Travelers to get a character they had missed.

In addition, HoYoverse promises that they will return with some new characters as well. So, you don't have to worry if you don't want a re-run character and just focus on the new character.