6 Heroes That Can Escape From Ulti GLoo ML

Gloo is currently one of the OP heroes thanks to the buff he got a while ago. In addition, Gloo also has an ulti which is very annoying because it can stick to opponents and Gloo can still use its 1 and 2 skills. Plus Gloo is thick enough that it is very difficult to kill it.

Now that's what makes many players frustrated when dealing with Gloo. but do you know if there are some heroes who can escape from ulti Gloo easily. If you don't know yet. keep on reading! 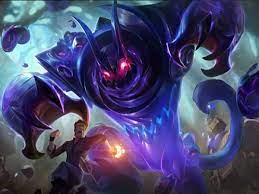 Heroes Who Can Escape From Ulti GLoo ML

To escape Gloo's ultimate, you must use Angela's ultimate. When Angela uses ultimate seket

Ling can also escape from Gloo's ultimate by using his ultimate. Once Gloo is released, Ling only needs to escape or attack Gloo.

To escape from Gloo's Ulti, Kadia also uses her Ulti. When using ulti kadita it will disappear and Gloo will automatically be released from kadita.

Ulti Yin will invite any hero by one including Gloo who is sticking to Yin. Gloo will return to its original form when Yin uses ultimate. In addition, Yin can also release teammates that Gloo has attached to.

Lunox can only release Gloo using his ultimate in Light mode. While in dark mode, Gloo still sticks even though he uses ultimate.

When Gloo attaches to Zhask, you immediately use ultimate. When using the ultimate, Zhask will join the joni so Gloo can't join.