Many ML players are afraid if they meet Kagura , especially if they play at the legends tier and above. It's not unreasonable, Kagura has a very large combo damage and has a very troublesome escape skill. In addition, Kagura also has a shield that makes it even more difficult to kill.

But just like other heroes, Kagura also has very effective heroes and counter items. By using the counter you can easily slaughter Kagura without worrying. 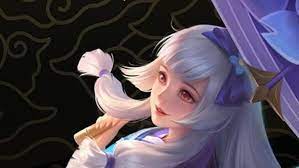 Heroes who have skills that can lock opponents easily are very suitable for countering agile heroes. A large Saber damage will be very deadly for Kagura who has low defense. When hit by the ultimate Saber, Kagura also couldn't do anything but surrender.

Gusion has a skill that can follow wherever the opponent goes and it is perfect for countering Kagura. Plus Gusion's enormous damage made Kagura killed instantly with just 1 combo.

To beat Kagura you have to use a full damage build or a semi tank so that Chou's damage hurts. Ultimate Chou has no doubt about its effectiveness in countering agile heroes.

Diggi really couldn't finish off Kagura solo but Diggie was able to help his team survive the Kagura combo. Besides being able to make the team immune to CC, Diggie is also able to prevent Kagura from escaping.

Silvana can prevent Kagura from escaping with her ultimate, then can finish off Kagura with her combo. In addition, high durability makes Silvana survive by one with Kagura.

You can also counter Kagura with items, here are Kagura counter items: